Background on the Beech Brook Property Sale and Rezoning 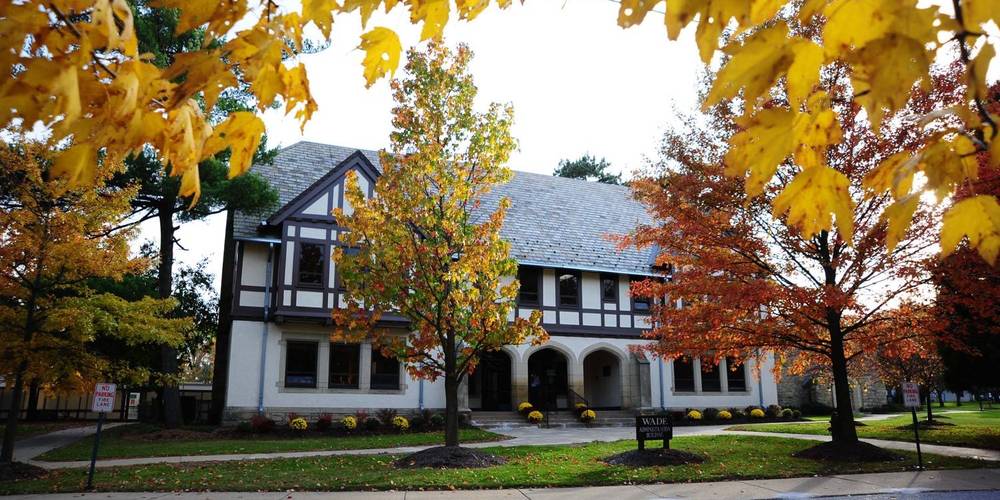 Beech Brook is not actively marketing its property in Pepper Pike at this time as we re-evaluate our options for the future. We will continue to share information here on our website as it becomes available.

Good evening everyone. I am Tom Royer, President and CEO of Beech Brook, 3737 Lander Road.

I have a short statement that I would like to make about Ordinance 2020-25, modifying the requirements of the U-2 Public Building District and the potential enactment of New Chapter 1275, regarding Site Development Plans.

First, the process that the city has undertaken over the last few years has had significant negative financial impact on Beech Brook. It is clearly impacting other U-2 property owners and will likely have an impact on the City of Pepper Pike long into the future.

At stake right now is the future of a religious organization and a human services organization which have helped the people of Northeast Ohio, including children and the needy, for more than 200 years combined. Organizations which are long-time investors in community property, residents and employers in Pepper Pike.

Speaking for Beech Brook, I want you to understand the economic hardship that this process, started more than two years ago, has had on my agency and which will ultimately hurt children and families.

The attention to and urgency for making U-2 zoning more restrictive started with Beech Brook’s attempt to sell our property. The city failed over 20 months to negotiate zoning which would have created a thoughtful, planful, mixed-use zone which was initially supported by city officials and ostensibly aligned with good planning and with real economic benefits to the City.

After much disinformation from certain factions of the community, a lack of support from city leaders for the rezoning initiative, which did get on the ballot, and a process that was time consuming and expensive for all parties, Beech Brook lost our buyer and the initiative failed.

Then suddenly, 45 years after this zoning code was last updated, clarifying and making more restrictive U-2 zoning became a priority, above all other zoning categories. A moratorium was put in place. And yes, it allowed Beech Brook to continue to do business as we do today. However, along with the effort to make U-2 zoning more restrictive, it also introduced a level of uncertainty as to the future of our property, chilling any interest from potential buyers.

This has not been a collaborative process…. Which as the owner of one of the city’s 5 U-2 zoned properties, we might have expected. Beech Brook was never notified by the City of the moratorium put in place on U-2 zoned properties…. and we were never notified by the City of the changes being proposed to U-2 zoning. We were not invited to participate in or discuss either of these changes.

When Beech Brook found out about the proposed changes to the U-2 zoning code, we wrote to the Mayor and to City council expressing our specific concerns despite what was expressed publicly to the contrary. We participated in the last city council meeting to express those concerns in more broad terms. And yet, we received no feedback, no offer to discuss nor any invitation to participate more fully in the process.

This process is not only disheartening to landowners in Pepper Pike, but it likely will have a negative impact on the City’s collective future. The city will have to bear the long-term stigma of this process and these actions. Anyone wanting to do business, develop or invest in the future of Pepper Pike will remember this for a long time.

If the City is willing to engage in a process that runs against the best interests of its largest landowners, including a religious organization and a children’s services organization and not even invite them to the table to discuss the impact of these issues, what does that say about the ability to do business here? And…. what does that say about the City of Pepper Pike?

Thank you and Happy Holidays.

Beech Brook has significant objections to and much to lose from Ordinance 2020-25 and its proposed amendments to the zoning code requirements applicable to the Class U-2 Districts and the proposed addition of Chapter 1275 to the City’s zoning code.

Beech Brook has called its campus on Lander Road home since 1916 when the city of Pepper Pike did not yet exist. As a steward of the wide-open farmland, with the space needed for the
buildings of an orphanage, for more than 100 years, Beech Brook has witnessed the City grow
from a village with a population of 216 people to a city of nearly 6,000 residents. We have
witnessed the construction all around Pepper Pike of large lot homes with acres of grassy lawns, golf courses, schools and recreational grounds, shopping centers, and office and municipal buildings. Beech Brook conveyed land to help facilitate the City’s creation of an art center and the school district’s need for land for their expanding facilities. Beech Brook has been a longtime employer in the City and, for decades, one of the largest.

Beech Brook is one of only five property owners of land zoned U-2 in the City of Pepper Pike.
We are especially impacted by the changes to the zoning applicable to the Class U-2 District, and we object to the proposed changes.

First, the entirety of the Pepper Pike Zoning Code is decades outdated. Ordinance 2020-25 is represented as an initiative by the City to “modernize” the code, but this is not the case. The proposed Ordinance would only affect changes to the zoning code applicable to Class U-2 Districts, and the properties of five large landowners. Truly modern zoning would address the entire code in order to provide enhanced quality of life for the residents, office workers and shoppers. Ironically, however, zoning laws created in the past century are now a detriment to quality of life of residents. In fact, the proposed changes to the U-2 districts go against the conclusions of Cleveland State University as to the best use of Beech Brook’s property, specifically, in a study commissioned by the city.

Similarly, the only landowners burdened by the City’s development project moratorium, Ordinance 2019-33, are the U-2 District landowners.

The City has imposed burdens on the residents in Class U-2 Districts that should be obligations borne by the City as a whole, with a planful, wholesale and substantial initiative to update the Pepper Pike Zoning Code in its entirety. We feel that the timing of the targeted, specifically burdensome Ordinances is motivated by Beech Brook’s proposed land sale. The effect of the timing of the Ordinances, coupled with the failure of the City to reach agreement on an overlay zoning ordinance during a 20-month period, and to provide the proposed developer with an avenue to a fair and timely legislative process, has resulted in material and substantial economic loss to and disproportionate burden on Beech Brook.

Second, every definitional change proposed is not just a clarification. Each change is more restrictive and, when read together, effectively eliminates all economically viable, for-profit uses of Beech Brook’s property. The definitional changes essentially limit the Class U-2 District to government buildings and limited, non-profit uses.

In fact, Beech Brook’s current use of the property is not even addressed in the update.

The proposed changes also grant inordinate discretionary power to the Planning and Zoning Commission. The proposed changes leave to whims of the Planning and Zoning Commission what are typically uniformly established and specified standards for lot widths, setbacks, side yards and rear yards. Lacking specific guidance, such Code provisions frustrate planning
and add undue burdens, costs and delays on landowners’ efforts to utilize and develop their
properties.

Beech Brook believes that the City of Pepper Pike is in need of a comprehensive zoning code
modernization project. Instead, the proposed changes place undue burden on a small number of property owners, specifically the owners of U-2 properties. The City has the duty to protect the private property rights and interests of Beech Brook and the other owners of U-2 properties, as it does with every other landowning member of our community.

Beech Brook Statement Regarding the Sale of Our Land

On November 3, Issue 34, which would have allowed for the rezoning of our Beech Brook property, was defeated by the voters of Pepper Pike.

Although this was not unexpected, the failure of the rezoning issue means that Beech Brook will continue to be the victim of an outdated and restrictive zoning code which is severely limiting our ability to sell our property and put those funds to use for the good of our mission.

Nevertheless, we will continue to move forward with plans to sell or use or property in ways which will generate revenue  to support our vital services for children and families.

As the stewards of Beech Brook’s long legacy in our community, it is our responsibility to do what is best for the long-term viability of our organization and our ability to deliver on Beech Brook's mission. We have survived since 1852 by continually evolving to meet the needs of children and families, and we will continue to do everything we can to make sure that Beech Brook survives and thrives for generations to come.